The Flathead Lake International Cinemafest (FLIC) premieres its sixth annual winter film festival during the weekend of January 26-28, 2018 at the Showboat Cinema on Main Street in Polson, Montana.

FLIC 2018 will screen full-length features, shorts, animated films, and documentaries. True to its name, FLIC once again offers a broad selection of international films from 15 countries. In addition, there are seven films produced in Montana, which is always of particular interest to attendees.

FLIC officially gets underway Friday, January 26th with an informal gathering from 4:30 to 6:30 p.m. at Vine & Tap at 218 Main Street, Polson. Film showings on two screens begin that evening at 7 p.m. at the Showboat Cinema, 416 Main Street, Polson. On Saturday, January 27th, there’s a break in screenings from 5:30 p.m. to 7 p.m. for a second informal gathering at the Vine & Tap on Main Street. Complimentary hors d’oeuvres are served each evening.

The FLIC judges have once again enjoyed discovering FLIC 2018’s gems. This year’s standout films include 4 Dancers’ Dreams, by Canadian producer/director Nancy J. Lilley, who will be chairing a Q&A following her screening. This beautiful documentary follows four young dancers through their graduating year from dance and high school. All of them want to go pro, and they share their private dreams and ambitions, their setbacks and triumphs. The film travels to Germany for the International Dance Organization Tap Competition, to Seattle, WA for the Regional Semi-Finals of the Youth America Grand Prix for Ballet, and to competitions around the lower Mainland of Vancouver, BC. 4 Dancers’ Dreams explores what it takes to become a professional dancer and where its four featured performers eventually land. 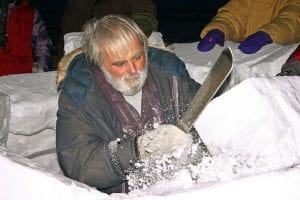 Another strong picture this year is Walking Bear Comes Home: The Life and Work of Chuck Jonkel, which screens on Saturday, January 27 at 4 pm and again during the encore screenings the week following the festival. This documentary film examines the life, work, and legacy of a legendary biologist and conservationist who spent much of his life in Montana, but whose work and legacy reach around the world. With archival footage of Jonkel’s early polar bear research and extensive interviews with Jonkel, his family, friends and colleagues spanning his more-than-fifty year career, the film examines the many facets of Chuck Jonkel, from his work as a biologist to his impact on the lives and communities he worked in and cared about. Jonkel is the only person to have done extensive studies on black bears, polar bears and grizzly bears in his lifetime.

The film is a collaboration between Shannon Donahue, Executive Director of the Great Bear Foundation (GBF) and Frank Tyro, Board President of the Foundation, FLiC Co-chair and FLiC Board President. The draft script was part of Donahue’s master’s thesis at the University of Montana. She lives in Haines, Alaska where she runs the GBF northern office and conducts research on Chilkoot River brown bears. She worked with Jonkel from 2007 until his death in 2016. The film was nearly 10 years in the making and Donahue and Tyro spent 6 intensive months sending script and film drafts back and forth from Montana to Alaska to fine-tune the film to its PBS broadcast length of 56 minutes and 40 seconds. 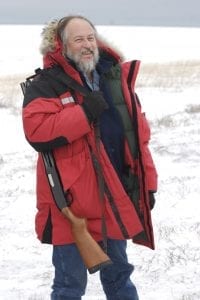 Frank Tyro has worked in broadcast media for 49 years as a manager/engineer, producing cultural documentaries and teaching.  A Q&A session with Tyro will follow the screening of the film on January 27 at the Showboat Cinemas on Polson’s main street.

In a live presentation called Cinematic Labyrinths, The Kissinger Twins, Dawid Marcinkowski and Katarzyna Kifert, travel from Europe to demonstrate a live, interactive and non-linear storytelling showcase, in which they explain the non-linear storytelling concept, talk about film and interactive media, their inspirations, and present their best online interactive and transmedia projects. This fascinating appearance is scheduled for Saturday, January 27th at 2pm on Screen 2.

Saturday morning’s fun begins at 8:30 a.m. with FLIC’s popular free family movie screening. This year’s film is Sing, featuring a hustling theater impresario’s attempt to save his theater with a singing competition featuring humanoid animals.  Attendees are encouraged to arrive in their pajamas and enjoy a free breakfast sponsored and prepared by the Polson Rotary Club. This non-ticketed screening is free, and seating is on a first-come, first-served basis.

As with previous years, many of FLIC’s screenings will include question and answer sessions with participating filmmakers from across the country. Visit FLICPolson.com and see the list and bios of some of the filmmaker attendees this year, which numbers well over a dozen.

The festival closes on Sunday, January 28th with an awards show at the Showboat Cinema, where approximately 20 awards will be handed out to films, actors, and filmmakers in various categories. The Viewer’s Choice award will also be given to the FLIC audience’s overall favorite film.

All films, times and events are subject to change. The entire FLIC 2018 program and screenings schedule is available for download at the FLICPolson.com website, where festival passes and individual screening tickets may also be purchased. Additional information on the festival is being updated online at www.flicpolson.com and Facebook; or email info@flicpolson.com.