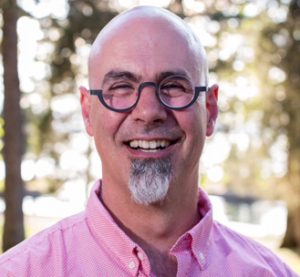 Mike Morelli is currently the Executive Director of MCTinc., the umbrella organization for the Missoula Children’s Theatre and the Missoula Community Theatre. MCT, through its local performance season, and national and international tours, yearly puts more than 50,000 children onstage in all 50 states and 16 countries around the world and is seen by more than a 750,000 audience members.

Mike was previously the Director of the Entertainment Management program (UMEM) at the University of Montana. Before coming to UM, he worked around the country programming music and art series, running venues, building arts organizations, and constructing venues.

As a life-long lover of cinema, Mike has been fortunate to teach “Understanding Film” in a variety of incarnations, at two universities, and one community college across the nation. Mike and his family have been avid FLIC attendees for the past few years, so he enthusiastically stepped up to be a FLIC judge when invited.

Mike, his lovely wife Emily, and youngest delightful dancing daughter Gabby, are grateful to live in Missoula where the music scene is amazing, the fishing is great, and the great outdoors is a bike ride away. He is also blessed with a strong, focused older daughter Annan, who serves, along with her hard-working husband Mark, in the U.S. Navy. Annan and Mark recently welcomed new son Ollie to the world! 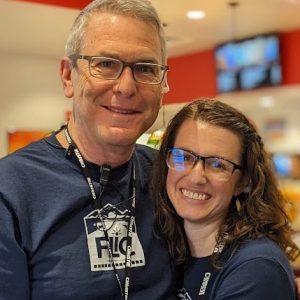 David W. King’s film and television career spans four decades and many facets of live-action and animation production. He has 125+ IMDB credits, which include Vice President of Production, Supervising Producer, Producer, Director, Associate Producer, Production Manager, Post-Production Supervisor, Executive in Charge of Production, Writer, Cinematographer, and Editor. David has worked for Universal Studios, Disney, and 20th Century Fox. At Disney and Universal, David produced feature-length projects like Lady and the Tramp 2: Scamp’s Adventure and Balto 2 and 3. He also wrote or co-wrote 8 feature screenplays, most of which were optioned. David moved to Polson, Montana in 2012, where he set up his own production company, David W. King Pictures. Samples of his work are available at his website, DavidWKing.com. David and his wife Jessica love co-producing FLIC and are already planning FLIC 2023 with their great colleagues on the FLIC board and committee.

As a judge, David loves discovering little gems as he and his fellow judges screen FLIC entries each year. There are always surprises and spirited discussions on the part of the judges, whose tastes vary much like those found around water-coolers the world over.

David and Jessica also know how it feels to be on the filmmaker side of things in the film festival world. They co-produced a doc feature called Burgers, Fries & Family Ties, which has won numerous awards (and been rejected, too!) on the festival circuit. In 2022, the Kings co-produced another doc feature called Baked by Grace, which is currently making its festival rounds. So, they’re well acquainted with the disappointment and elation that accompany FilmFreeway’s “not selected” and “official selection” notices. (They prefer the latter!) 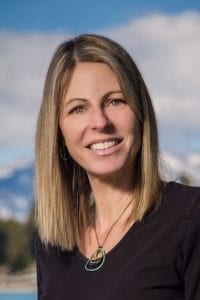 Ever since she was a small child and the only member of a birthday party who didn’t flee the theater during the terrifying forest fire scene in Bambi, Sarah has been hooked on movies.  Cinema has been her happy place and a source of escape from life.  All genres intrigue Sarah, but foreign films interest her the most, bringing the big world to her, as she doesn’t travel as much as she’d like!  When Sarah learned of FLIC’s inception in 2013, she jumped on board as both a corporate sponsor and an avid fan. Her enthusiasm for FLIC has grown, and she has even encouraged her mother to travel cross-country several times just to join in on the festivities. This is Sarah’s third year of adjudicating FLIC films and she considers it a joy and a privilege. When she’s not at the movies, Sarah has a day job as Broker Associate at Century 21 Big Sky.

FLIC’s judging panel also includes Julia Howlett and Steven Alexander, both of whom are avid supporters of FLIC and film lovers. Steven and his wife Desiree have been faithful volunteers at FLIC for many years.

Many thanks to all of our FLIC judges, who spend months watching films through much of the calendar year!