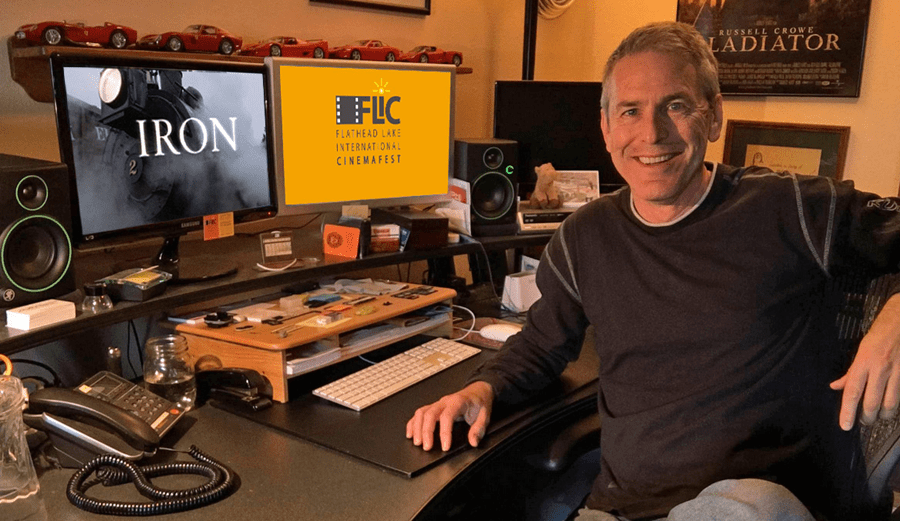 The Flathead Lake International Cinemafest (FLIC) premiers its sixth annual winter film festival during the weekend of January 26-28, 2018 at the Showboat Cinema on Main Street in Polson, Montana.

FLIC has been recognized as one of the top 15 Winter Film Festivals in the United States by the Audience Awards. David W. King, FLIC Co-Chair and Producer shared, “We’re excited to bring a diverse slate of about 60 independent films to Polson and the Mission Valley for the sixth year in a row. Each year brings with it new cinematic treasures from around the world.”

FLIC 2018 will screen full-length features, shorts, animated films, and documentaries. True to its name, FLIC once again offers a broad selection of international films from 18 countries that include India, Australia, Canada, Spain, Taiwan, Turkey, Croatia, Iran, Israel, and the USA. In addition, there are several films produced in Montana, a trend that keeps growing.

FLIC kicks off on Friday, January 26th with an informal gathering from 4:30 to 6:30 p.m. at a TBA Polson location (see FLIC Facebook page for updates). Film showings on two screens begin that evening at 7 p.m. On Saturday, January 27th, there’s a break in film showings from 5:30 p.m. to 7 p.m. for a second informal gathering at the Vine & Tap on Main Street. Complimentary hors d’oeuvres are served each evening.

The FLIC judges have enjoyed unearthing FLIC 2018’s gems. This year’s standout films include “Iron”, in which a young woman named Lily Cohen escapes the crowded tenements of early 1900’s New York to take on a demanding railway job. Determined to work on a steam engine, a position not traditionally held by women of that era, Lilly endures the hostility of her fellow railroad workers while finding her own inner strength.

Another strong picture is “Game”, in which a new kid shows up at the high school boys’ basketball tryouts and instantly makes an impression. Will talent and drive be enough to make the team? Game is inspirational on many levels and the FLIC judges believe it is destined to be one of FLIC 2018’s finest.

In the Montana-grown documentary, The Gardener, world-renowned French composer and pianist Julien Brocal shares an introspective and hopeful perspective on nature, art, and human connection, bringing his environmental philosophy to life through music. Director Kathy Kasic filmed The Gardener at Tippet Rise, an 11,000-acre art center in Montana.

In a live presentation titled “Anatomy of a Film & Television Career”, FLIC Producer and Co-Chair David W. King will recount his career in Hollywood, which included Producing at Disney, Universal Cartoon Studios, and stints at many other studios and networks. King will share film clips and anecdotes in an informal, conversational manner that invites audience participation. This fall, King accepted an invitation to present “Anatomy of a Film & Television Career” at two University of Montana Entertainment Management classes.

Saturday morning begins at 8:30 a.m. with a FLIC’s popular free family movie screening. This year’s film is Sing, featuring a hustling theater impresario’s attempt to save his theater with a singing competition featuring humanoid animals.  Attendees are encouraged to arrive in their pajamas and enjoy a free breakfast sponsored and prepared by the Polson Rotary Club. This non-ticketed screening is free, and seating is on a first-come, first-served basis.

As with previous years, many of FLIC’s screenings will include question and answer sessions with participating filmmakers from as far away as Poland. Stay tuned for more details, as FLIC’s grand weekend in January gets closer!

The festival closes on Sunday, January 28th with an awards show at the Showboat Cinema, where approximately 20 awards will be handed out to films, actors, and filmmakers in various categories.

All films, times and events are subject to change. Additional information on the festival is being updated online at www.flicpolson.com and Facebook; or email info@flicpolson.com.